The SEM 0200 OMD/SSD-C is the bundled version of the SEM 0200 OMD/SSD listed on the most recent NSA EPL for CDs, DVDs, and Blu-ray Discs! Bundled product includes a cabinet and 2.5-gallon vacuum.
Attractive and easy to use, the Model 0200 OMD/SSD-C system has been evaluated by the NSA and meets the requirements of NSA/CSS EPL for Optical Media Destruction for CDs, DVDs, and Blu-ray Discs. High Security Optical Media Destruction for CDs, DVDs, and Blu-ray Discs as well as solid state devices such as EMV credit cards, magnetic stripe cards, Common Access Cards (CAC) IDs, and SIM cards. The Model 0200-OMD/SSD-C is the exact same device as our Model 0200-OMD/SSD in a bundled version that includes the required 2.5-gallon vacuum housed in an attractive, portable cabinet. The device operates on standard 110/115 voltage and the system complies with NIST SP 800-88 Guidelines for Media Sanitization. 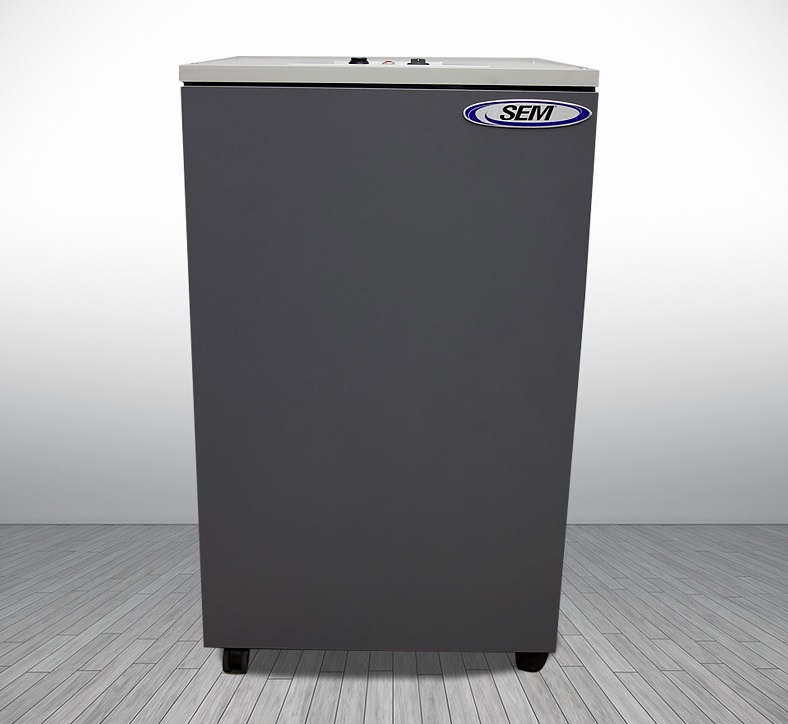